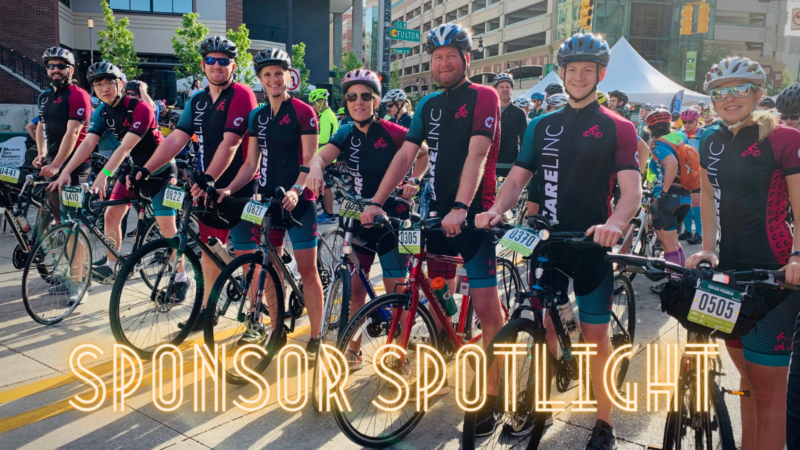 CareLinc Cares: Making the World a Better Place Through Philanthropy and Family

In 2013, Grand Rapids ranked 13th out of the top 20 most philanthropic cities in America by nerdwallet.com, a consumer finance site. It’s the only city in the state to make the list. The list ranks cities by their commitment to volunteerism and philanthropic efforts.

How does Grand Rapids beat every other city in the state and nearly all cities across the country? It’s because of Grand Rapids’ commitment to giving back on a personal level, mostly by family-owned companies that carry a legacy of philanthropy. Companies like this thrive in West Michigan because people who live and work throughout the community know that businesses who give back actually do care about their people, not just the bottom line. If you haven’t heard of CareLinc, you’re about to. They are one of those companies. 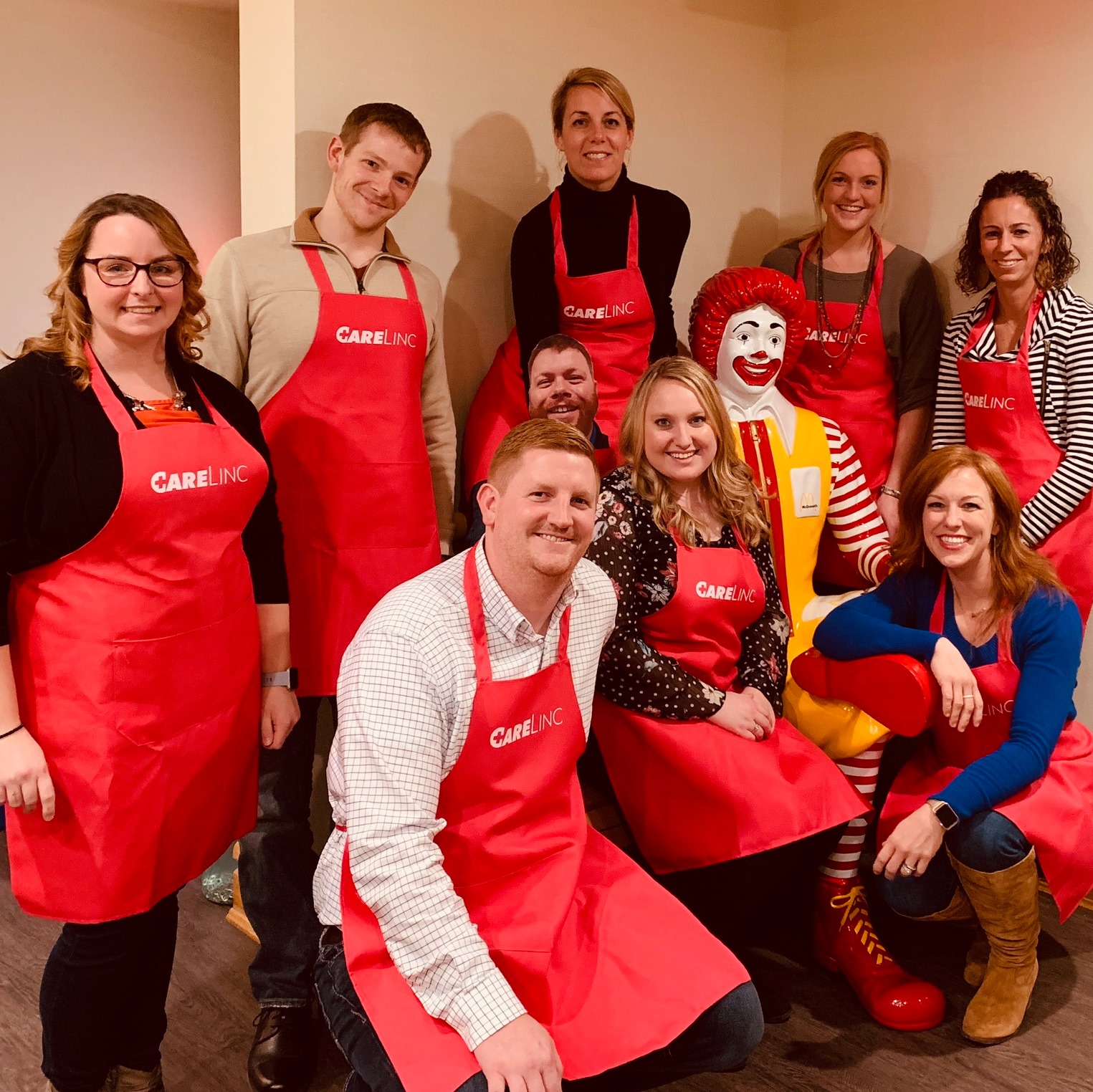 During the COVID-19 pandemic, CareLinc decided to pay tribute to local healthcare workers. Through a partnership with Jordan Carson through Live Local-Give Local on WOOD TV8/WOTV4, local healthcare heroes were recognized during special broadcasts, commercials, and a half-hour special. Lead doctors from each of the major West Michigan hospitals sat down to share stories on the challenges and triumphs of serving patients during the pandemic. 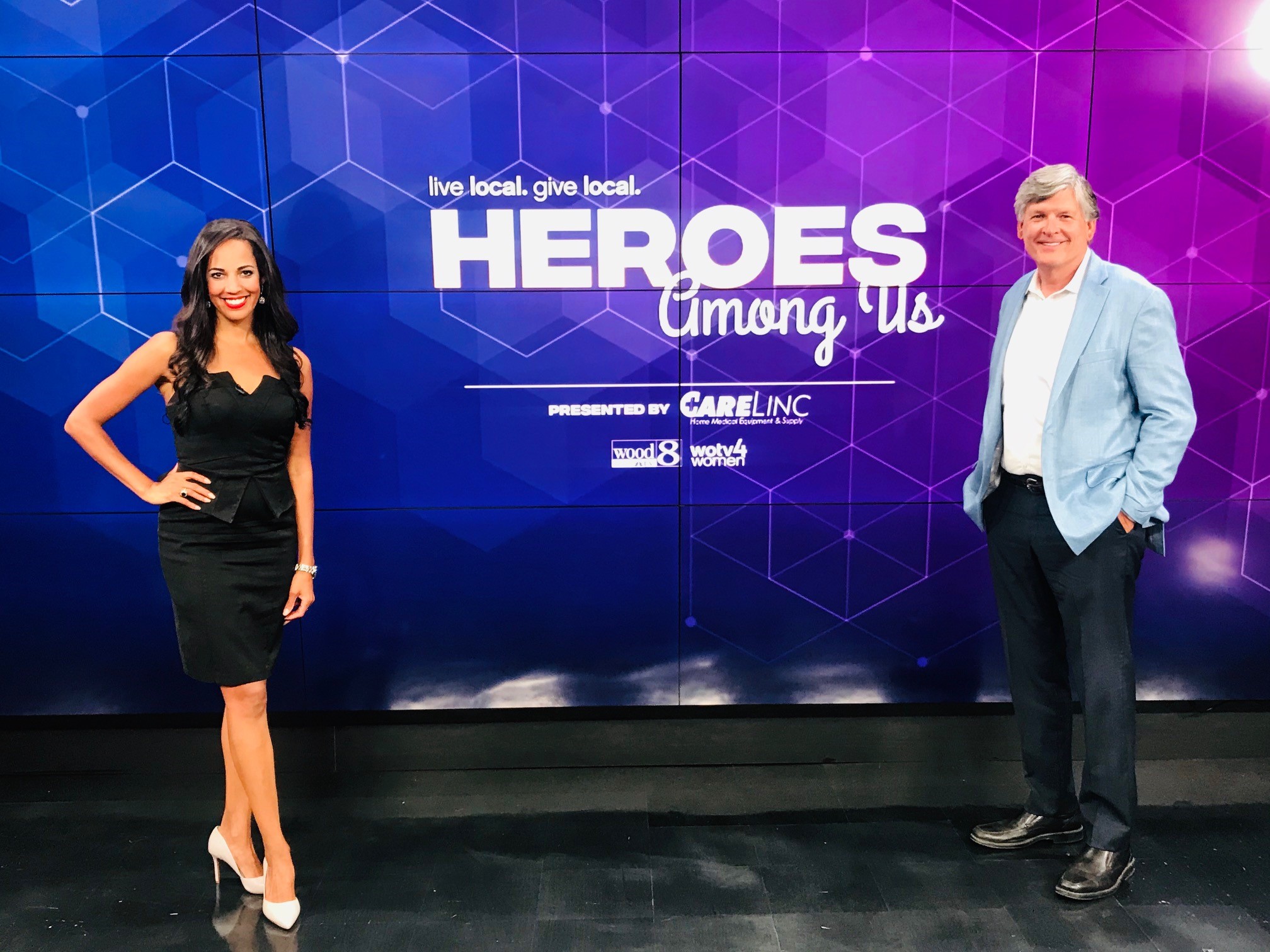 CareLinc Medical Equipment underwrote the campaign to pay tribute to local healthcare heroes. Afterall, CareLinc is in the medical field, and while they see the commitment from hospital workers during the pandemic, Mike Damstra, President of CareLinc, also sees his own employees going into the homes of patients needing medical equipment, day and night, wearing PPE, to make life better for those they can.

The campaign ultimately shared a message of triumph through tribulations, serving patients during COVID-19. The stories not only focused on healthcare workers and patients, but the campaign also aimed to bring in financial donations to benefit four major hospitals; Saint Mary’s (Mercy Health), Metro Health, Spectrum Health, and Mary Free Bed Rehabilitation Hospital.  After two months of human-interest stories on WOOD TV8, and its sister station WOTV4, money was raised and presented to each of the hospitals. 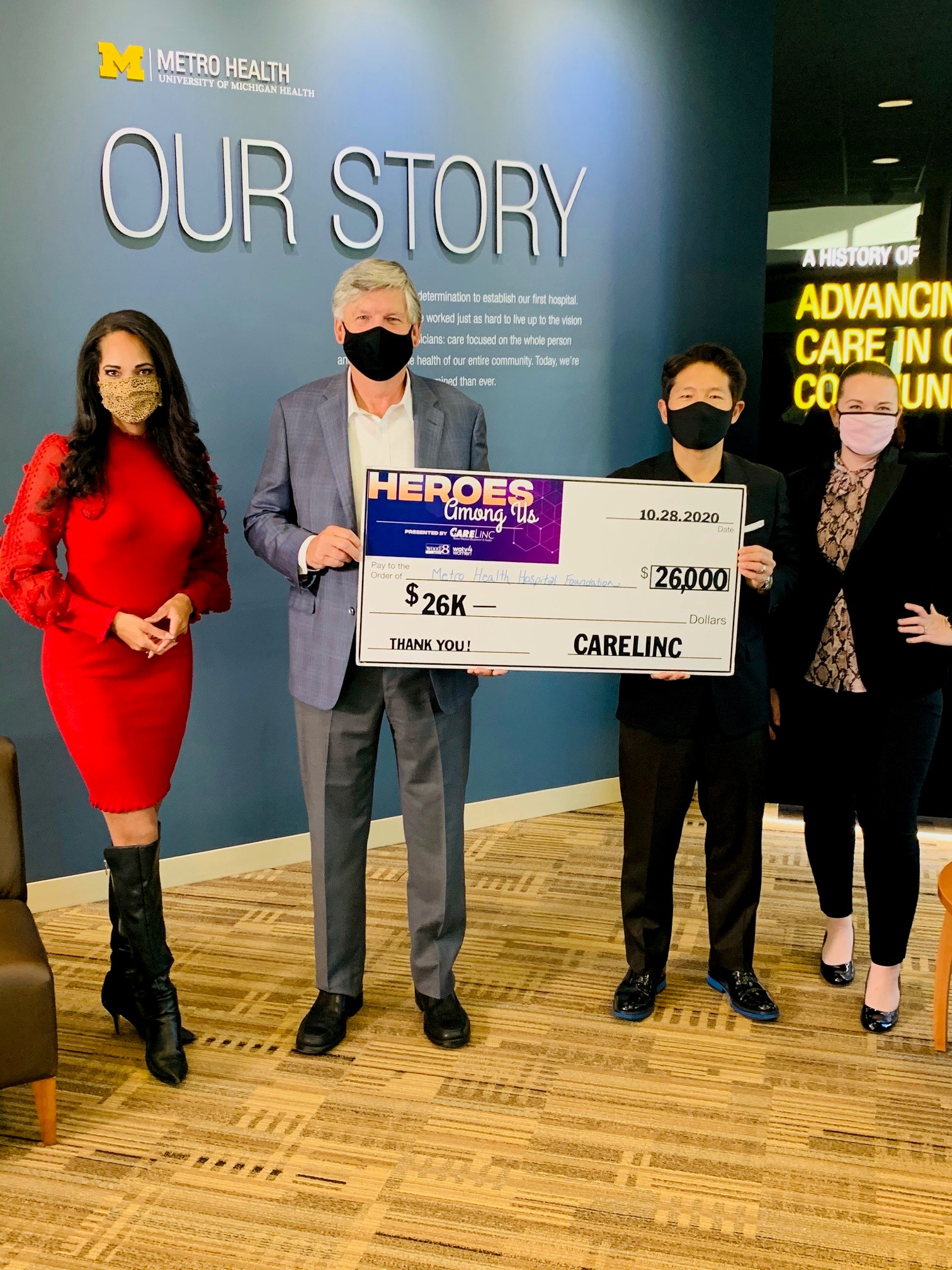 The funds raised were utilized to support the medical miracle teams, some of the furloughed medical heroes working tirelessly during the pandemic.

After the campaign, Mike Damstra, along with Jordan Carson presented checks to each hospital in the amount of $26,000. The denomination that each hospital received was equally divided from the overall $104,000 raised for the Heroes Among Us campaign.

Since its inception in 1997, CareLinc has had philanthropy instilled within its genetics. CareLinc Medical Equipment donates new and used equipment wherever it might be needed. Because of the generosity of their employees, hundreds of hours are donated each year. CareLinc employees volunteer at events and help out grass-root initiatives that raise money and awareness for causes with meaningful impacts.

One of those events is the MSU Gran Fondo, in downtown Grand Rapids. Each year CareLinc employees cycle in the Michigan State University College of Human Medicine Gran Fondo to join in the fight against skin cancer. It’s not hard to spot the CareLinc team when out at the event. The entire team dressed in sharp cycle gear, donning their colors proudly of maroon and green with the words CareLinc vertically across their uniform.

More than $1 million has been raised for Michigan State University College of Human Medicine. CareLinc has joined in these efforts with their employees to raise awareness and funds for this cause that’s near to the hearts of many employees. 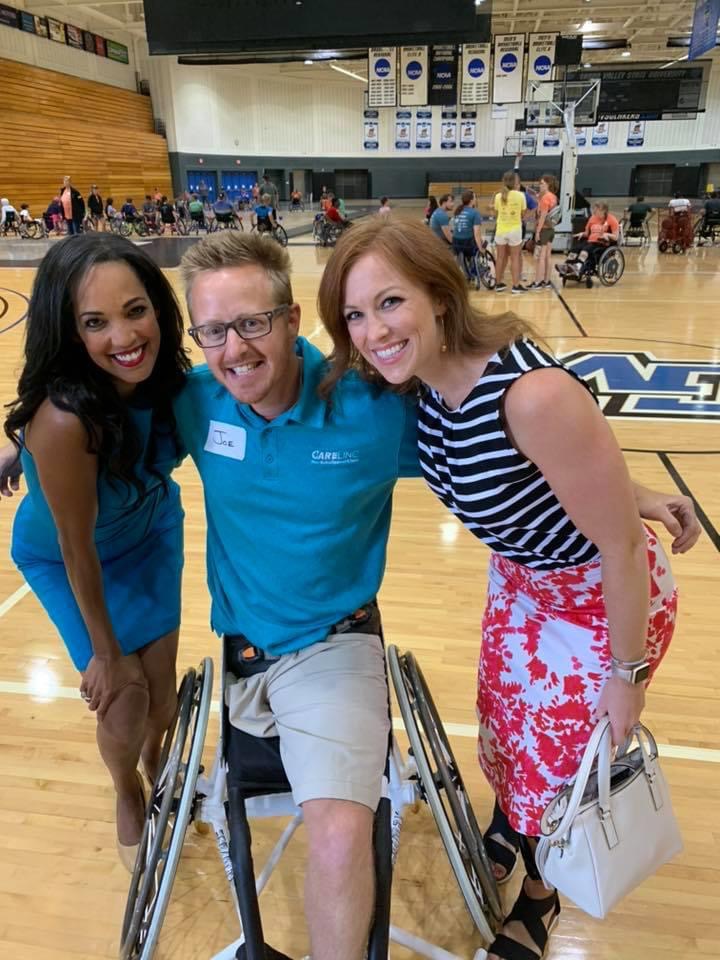 CareLinc is also a huge supporter of Mary Free Bed’s Wheelchair and Adaptive Sports Camp, which welcomes campers from all over Michigan, Indiana, and Ohio. Each year’s camp is led by instructors who are also competitive wheelchair athletes. Campers from the ages of 7 – 18 play sports such as lacrosse, kayaking, and sled hockey, and made lifelong memories with kids “just like them.”

CareLinc is always a large supporter of the camp, along with many other Mary Free Bed initiatives. They have also donated a basketball wheelchair to be given away at camp. The list of the many ways that CareLinc gives back to the community is extensive. After all, it’s embedded in the DNA….reflected down from the President to each of his employees.

As the owner of a medical equipment business and committed family man, Mike Damstra continues to make the world a better place. For those who are lucky enough to know him, it’s evident in his humility, work ethic, and commitment to strong values, that make his legacy one that will live on through generations.

CareLinc Medical is one of many local businesses and organizations that partner with Cascade Comunity Foundation to impact the Ada, Forest Hills, and Cascade community. The Foundation’s Annual Partner Levels are available to businesses and families. Partners are acknowledged at all events, and most levels receive complimentary tickets to the 20th Anniversary Celebration. Annual Partner levels are available to individuals or families who have the option to be acknowledged at events, on social media, and on our website, be featured in an e-newsletter, and many more benefits.

I want to learn more!