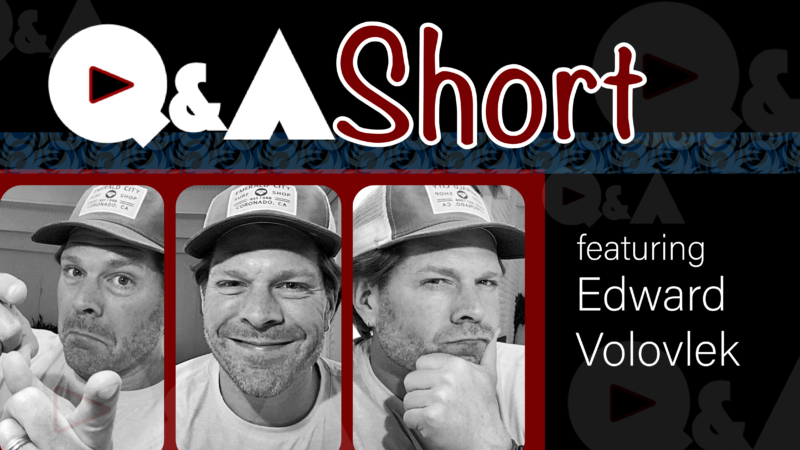 Edward Volovlek is the franchise owner of Living Magazines, including Ada Living, Cascade Living and EGR Living for N2 Publishing, and a long time resident of the area (FHN Class of 92). Beginning in May 2021, Living Magazines and Cascade Community Foundation began collaborating in order to better inform readers on the philanthropic happenings across Forest Hills.

The Foundation sat down with Edward for an exclusive interview.

CCF: Ed, you’ve never told us no. To any of our requests over the years.  You’ve always begun the conversation with yes…well, other than that time we challenged you to reenact Will Ferrell’s famous streaking scene from Old School, but that’s forgivable… Why do you care about Cascade Community Foundation’s work and impact?

ED: Well, this is a pretty PG-13 area, but honestly, I’d consider a good streak if there was a large donation to the Foundation behind it… maybe (laughter). In all seriousness though, Cascade Community Foundation has been doing it the right way. The way your board came together to increase grants last year when nonprofits were struggling was so generous. Now, you’re tackling monumental topics. I mean, these are significant needs that nobody wants to talk about in our community. I can’t ever remember an organization standing tall, and sparking conversations around controversial topics that we all looooooove to avoid.

ED: Yeah. I don’t know if everyone across Forest Hills has watched it yet, but everyone seems to be talking about it. Race In The Suburbs was a groundbreaking dialogue about what it’s like for a person of color to live here. Then, the discussions on mental health (long pause)… These are critical topics that deserve more than a soundbite and a sponsorship. Cascade Community Foundation is thoughtfully examining this topic, from every angle, and there are a lot of people who really appreciate your unabated approach, despite how hard it is to get people to share their personal stories about depression and suicide.  You’ve made it really easy to say yes.

CCF: You’ve lost someone close to you. Someone to suicide. Someone a lot of your readers probably knew personally…

ED: I did, and truthfully it’s still difficult to talk about.  I don’t want to use this person’s name, out of respect for the family, but the internal build-up that guided her to such a tragic outcome is more prevalent than many realize. There are so many people suffering in silence right now, and unfortunately, some reach a point where nothingness presents itself as a desirable escape. In reality, we all lost that day, because she was a special woman who had a lot more to offer.  Here’s the thing –  we are never going to eliminate that human tendency to hide our own perceived weaknesses.  But we can shine a light on these battles by bravely exposing our own struggles.  The Foundation has found a way to lend raw testimonies of survival and struggle from people who look just like us.  These are our neighbors.  That’s something Living Magazines wants to be a part of.

CCF:  What can we expect from this collaboration with CCF?

ED:  Impact and clarity.  Not many realize the important role of a community foundation.  They serve as a bridge between need and giving, but with a narrow focus on a specific community. CCF helps families right here in Ada and Cascade identify need, and determine how to best create impact.  They guide businesses to providing greater local impact.  A real resource. Community foundations are simply here to serve us.  Plus, we want readers to be made aware of what other nonprofits are doing to benefit our hyper-local community, and the Foundation is constantly communicating with those organizations, and even awarding them with grants to increase their impact, so they are a bridge that can benefit our readers.

CCF:  How do people find out more about Living Magazines and what you’re all about?

ED:  We encourage people to follow up on Instagram at @Living_Magazines and on Facebook @livingmagazines616.  From there, you’ll literally see why we love sharing stories about our community of families and businesses.